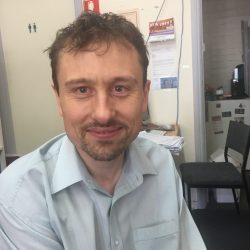 Kevin is one of SA’s leading players. He has won the SA Championship three times, in 1999, 2010 and 2015, and has an infectious enthusiasm for the game.

He is enormous fun, very modest and all students can learn an amazing amount from him. Kevin caused a major upset at the 2016 Ballarat Begonia Tournament by beating Australian wunderkid Anton Smirnov (who was awarded Australian Player of the Year that same year) in their individual game.